The latest Internet Ad for our Alpha Consumer Card has just recently been removed from YouTube as a violation of YouTube's policy on nudity or sexual content. 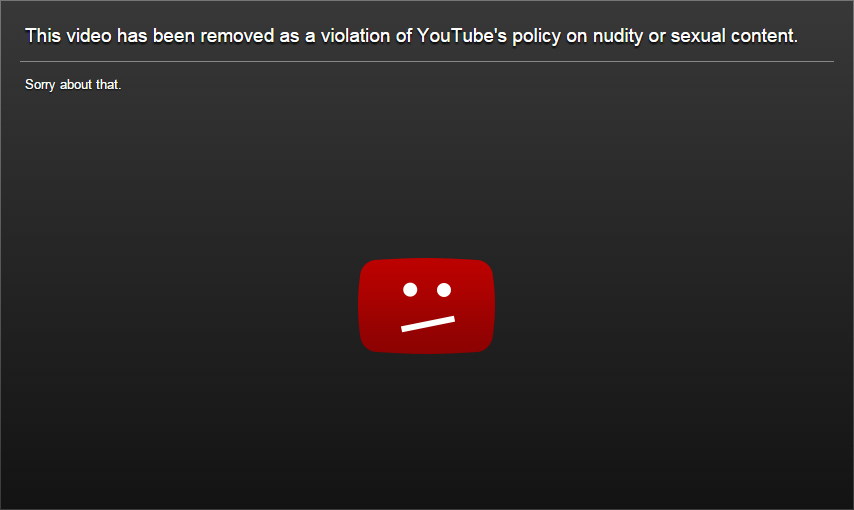 Gordon Goldman came up with the idea for the commercial when a homeless girl tried to sell him flowers. “Many of our products and especially our commercials don’t reach out to kids these days. How do we get them in our debt if they don’t know about us? That’s when I got the idea to revamp our old commercial for a younger audience. We even toned down the violence,” said a rather dejected Goldman.

“It’s an uncontroversial commercial, perhaps the lamest one I’ve directed so far. There’s not even any nudity,” Qang said during his “Free Photo-shoots for Kids” tour in Asia.

“Everyone loved the Platinum commercial, and that one focuses on deadly weapons. It goes to say that people approve more of killing than they do something as natural and beautiful as making love,” Goldman said about the Alpha Consumer Platinum Card commercial, which still hasn’t been banned from YouTube.

The latest Internet Ad for our Alpha Consumer Card has just recently been removed from YouTube as a violation of YouTube's policy on nudity or sexual content.

The commercial for our Alpha Consumer Card became a major Internet hit after Gordon Goldman uploaded the video to both Facebook and YouTube. Goldman said he knew this would happen and that he couldn't believe that anyone in the ACS administration hadn't thought of this before.

Enjoy world-class services and products with our new and improved credit card.

The no holds barred choice in the ultimate method for redemption.

We use cookies to improve your experience. By your continued use of this site you accept such use. To change your settings please see our policy. Close Don't show this message again

Hold down the CTRL key. Press + to enlarge or - to shrink.